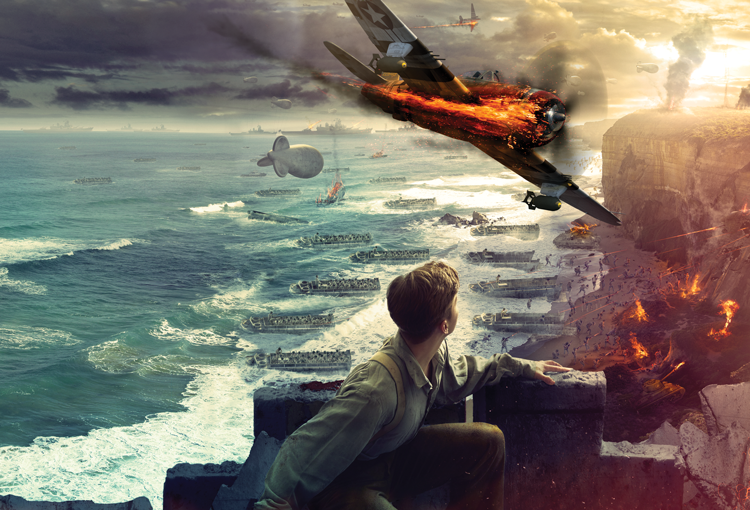 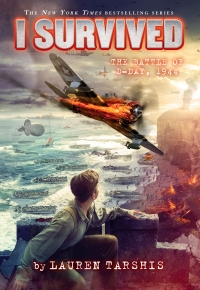 Thunder rumbled, as though Paul’s fear was tearing open the sky.

Paul glanced out over the English Channel. Through the thick fog, he could see small flashes of orange.

An explosion rocked the ground. Both Paul and the Nazi fell to the ground. Paul coughed, and tears poured from his eyes. He scrambled to his feet. He still had no idea what was happening, but this was his chance to get away from here. He started to run.

But then it hit him . . . that thundering sound. The bright orange flashes through the fog. The explosion.

The Allied ships were here!

The Allies were firing from their battleships, Paul realized. They must be trying to crush the Nazi defenses on the cliffs. The Allies wanted to clear their way before the soldiers poured onto the beaches.

But if Paul didn’t get out of here now, those Allied battleships were going to crush him, too.

Read About Some Amazing Birds

"The Pigeon Hero of WWI," from Storyworks

Join Lauren on her
I Survived
The Battle of D-Day,
1944 Research Trip 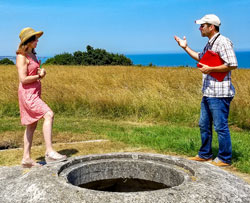